The Truth About the Golf Course Berm

The Truth About the Golf Course Berm

Out of the various projects identified in the Jersey Village Long Term Flood Recovery Study, perhaps none has been the source of so much confusion or misinformation as the Jersey Meadow golf course berm.  Between the numerous e-mails and phone calls I have engaged in over the last five months or so, it became apparent to me that it would be helpful to clear the air and communicate clearly what the berm is or is not, what it will or will not do, and why you still haven’t seen any shovels in the dirt as of today.

Of course, it doesn’t help that the golf course has been the subject of scrutiny for years because of questions surrounding its finances and the degree to which taxpayers subsidize it. That’s a question for another post, which you can read here.

Why do we need to build a berm around the golf course?

The idea of building up the land around the golf course as part of an overall flood mitigation strategy has been floated for nearly as long as the city has owned the golf course. The short answer is because water tends to run off of the golf course and onto Rio Grande at Wall Street at a fairly high flow rate. The long answer, of course, has more to do with the overall storm drainage system improvements proposed for the areas east of the golf course.

During the flood study, engineers identified the need for improved storm drainage systems in the areas along Wall, Capri, Tahoe and Crawford Streets between the golf course and Senate. During past rain events, we have seen the inadequacy of these systems firsthand, as these streets tend to be the first ones to become impassible. But what does storm drainage here have to do with the golf course berm?

The Harris County Flood Control District (HCFCD) is responsible for all of the bayous throughout Harris County, and they must approve any projects which will affect the flow of water into those bayous.  HCFCD will not approve of a project which will cause more water to flow into the bayou. The reason for this is obvious – if more water goes into the bayou and if the bayou isn’t expanded, flooding downstream is more likely to occur. Therefore, we must find a way to increase storm drainage capacity on these streets while keeping all of the water from going through the system and into the bayou any more quickly than usual.

Because such a significant amount of water currently comes off of the golf course and into this storm drainage system, any system or structure that temporarily keeps the water on the golf course instead of sending it into the street would achieve the goal of keeping water flows into the bayou at today’s level. The flood study identified the construction of a golf course berm as the most effective way to achieve this goal.

Therefore, without the berm, it’s unlikely that we would be able to make any significant improvement to the storm drainage near the golf course.

Isn’t this berm only going to shift the flooding problem into other homes?

No. That’s an unqualified “no”, plain and simple. Why am I so sure? Well, no one on city council is going to approve any project which merely shifts the flooding problem from one home into another. Also, HCFCD has rules which prohibit this. The engineers which design this project must demonstrate to HCFCD that they have implemented systems to mitigate any shifting waters or effects to water drainage surrounding the berm before approval will be given to begin construction.

City Council approved the budget for construction of the berm in September 2017. Why hasn’t construction started yet?

Unfortunately, government’s reputation for red tape is well-earned. Approving the budget for this particular project is the first of many steps that must be taken before we can proceed to put “shovels in the dirt”, so to speak.

Immediately upon budgeting for engineering and construction of the berm, the Jersey Village City Council authorized the city manager to begin negotiations with Dannenbaum Engineering for a contract for the engineering and construction of the golf course berm. Unfortunately, in the process of negotiating a contract, Dannenbaum presented a proposed fee for services that was significantly higher than the estimated $750,000 contained in their own flood study. Despite the best efforts of our city staff, we were not able to reach a satisfactory estimate for the cost of the project.

So why didn’t we simply publish the project for competitive bids like we do with many other contracts in the city? As it turns out, Texas law prohibits cities from entering into contracts for engineering services (and several other professional services) through competitive bids. The Texas Professional Services Procurement Act (Texas Government Code Chapter 2254) requires cities to obtain a statement of qualifications from potential firms, to engage in an exclusive negotiating period with the most qualified firm and attempt to enter into an agreement. If negotiations fail, the city must end negotiations and move onto a new engineering firm. As you might imagine, this delays the process in the event that the first firm doesn’t provide a reasonable proposal and you’re unable to reach an agreement.

And why might an engineering firm not be particularly incentivized to provide you their best deal? Well, because they know the law says you can’t competitively bid out the project. Cities don’t have the benefit of comparing proposals of numerous engineering firms at the same time.

Therefore, we have moved on from Dannenbaum Engineering and we hope to have a contract for engineering of the project soon.

That said, even if we were able to successfully enter into an agreement with Dannenbaum at the end of 2017, we still would not yet have begun construction by this point. That is because once the design has been finished, it still must be approved by the Harris County Flood Control District (HCFCD). In recent discussions with HCFCD, they indicated that based on our original timeline, it might be May 2018 before they could finalize their review.

In any event, the various levels of restrictions placed on the city by state law and other regulations have slowed this project considerably.

I live on the golf course, and I’m worried that the berm will block my view!

First, keep in mind that the berm hasn’t even been engineered yet. So no design has been settled upon. Moreover, based on the preliminary models examined in the flood study, the vast majority of homes along the golf course won’t see much, if any, change to their view of the golf course.  In fact, there are hills and bunkers already on the golf course that are quite a bit higher than any berm would be. If you were unaware that the purpose of the berm was flood control, in most places you would likely think it was merely part of the landscape.

Also, as part of the engineering of this project, we are going to examine alternatives to an earthen berm (such as an artificial barrier), which could potentially reduce the impact of the berm on the surrounding properties.

In either case, the goal is to identify a design that holds a sufficient amount of water on the golf course to mitigate the expanded storm drainage while minimizing the impact to the golf course and the homes which surround it.

This project is no more dangerous than any other major civil engineering project. We all drive over bridges and walk over and into many structures which require civil engineering to construct them in a safe manner. When was the last time you worried that a bridge may collapse as you drove over it?

There are approximately 100,000 miles of similar flood mitigation infrastructure throughout the United States. Whether you call it a berm, levee, dike, dam, floodbank, etc., governments have built structures of this sort for 100 years. While there have been some high profile failures in the past, such as the New Orleans levee system during Hurricane Katrina, levee failures are rare when you consider how many of them exist throughout the country. Modern engineering and construction techniques have been developed to avoid many of the mistakes that have led to failures in the past.

The reality is that we can and will ensure that this project is designed so that it is safe and maintains the integrity needed to hold the water that falls on the golf course. The project will also be reviewed by HCFCD to ensure it meets their requirements for effectiveness and safety.

But what about the Addicks and Barker Reservoirs? Couldn’t the problems that occurred during Harvey occur here with a berm?

That’s highly unlikely. First of all, the berm will not result in a reservoir – it will create flood detention. Detention is only designed to slow the flow of water and detain it for a limited amount of time, not to retain the water. There will be an open “outfall” pipe leading from inside the berm into the bayou in order to ensure that water is always draining at a controlled flow level from inside the berm.

Moreover, under the current flood mitigation plan, the only water that the berm will detain is rainwater that falls directly onto the golf course. It is not detaining water from any other body of water, including the bayou. This is a distinctly different function than either the Addicks or Barker Reservoirs.

It’s also important to note that much of the talk of the Addicks and Barker Reservoirs “failing” was largely uninformed media hype. And the reservoirs are still reliable today despite the fact that they are now 70 years old and are past due for some needed maintenance.

The berm we design in 2018 will have the benefit of all of the engineering knowledge and technology that has developed in the meantime.  The City of Jersey Village has also demonstrated that when it comes to critical infrastructure, we have a clear track record of scheduling and funding necessary maintenance.

Finally, it will be the responsibility of the engineers designing the berm to create additional fail safe outflows for the unlikely event that the berm actually reaches capacity.

So when will the berm be built?

I still have questions that weren’t answered here.  Who should I contact? 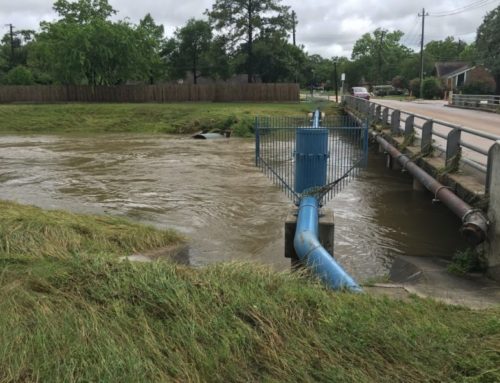 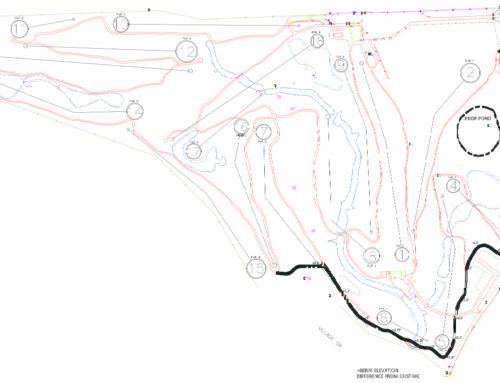 Why a Delay in Beginning Work on the Golf Course Berm May Save Us $4.2 Million Gallery

Why a Delay in Beginning Work on the Golf Course Berm May Save Us $4.2 Million 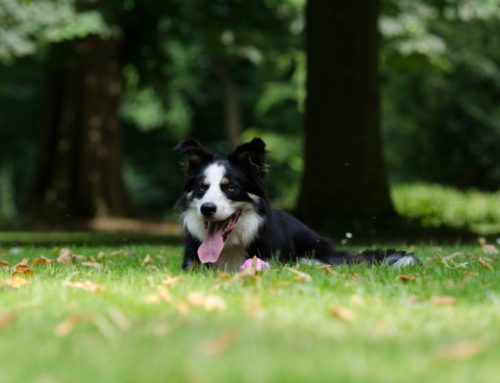 How Building a Dog Park Becomes a Lesson in Bureaucratic Glaciers