In 2017, the Jersey Village City Council voted to authorize the creation of a Tax Increment Reinvestment Zone (TIRZ) in the area south of US Highway 290 along Jones Road. This area has been commonly known for the last 10 years as “Jersey Village Crossing”.

Tax Increment Reinvestment Zones have been used often and successfully by counties and cities throughout Texas over the past several decades. Despite this, many don’t fully understand what a TIRZ is or what impact it has on development or the surrounding community. I’d like to explore this concept in more detail and address some of the more common misconceptions and concerns about our TIRZ.

What is a Tax Increment Reinvestment Zone (TIRZ)?

A TIRZ is a special administrative area created by a either a county or a city for the purpose of promoting development of an area that is unlikely to develop without some additional incentives or building of new infrastructure.

These incentives and/or infrastructure are paid for through a dedicated fund that collects all property tax revenues created by the increased value of property in the zone.

It may help to view a chart which describes this process.

Once the TIRZ is created and a financing plan adopted, the TIRZ may offer developers and other businesses interested in moving into the TIRZ incentives to do so. These may include building out new infrastructure, offering to reimburse costs of moving their business into the TIRZ, property tax rebates or other forms of grants.

The cost of these incentives are paid for by a special fund which collects any additional property tax revenues created by the increased value of the property due to the investments being made in the TIRZ (as shown in the chart above in green). These additional tax revenues are referred to as the “tax increment”, which are reinvested into the zone, hence the name. In essence, the TIRZ pays for itself because the investment would not have occurred without the original offer of incentives.

This process continues until one of two things occurs: either the TIRZ expires according to its creating ordinance (the Jersey Village Crossing TIRZ is currently a 30 year TIRZ) or the TIRZ board recommends and the city council agrees to terminate the TIRZ early.  This early termination may occur if no offers of investment come, or if the infrastructure and incentives are paid for earlier than anticipated and no further incentives or infrastructure are expected to be needed to incentivize further investment in the area.

Either way, once the TIRZ ends, all property tax revenues go into the general revenue fund to be used in the same way as most other revenues received by the city (as shown in the chart above in light blue).

Where is the Jersey Village Crossing TIRZ located?

Here is a map of the current TIRZ boundaries and each property located in the zone.

Will my property taxes increase because of this TIRZ?

No. All expenditures of the TIRZ will be paid for using property tax revenues collected against the rising values of properties inside the TIRZ. Your property taxes go entirely into the general fund, and no money from those funds will be used for any of the infrastructure or incentives implemented by the TIRZ.

Will this require the city to take on debt, such as through the issuance of bonds or certificates of obligation?

This really depends on the level of interest expressed in the TIRZ. If no developers come to us to ask for any of the incentives available through the TIRZ, not only will no debt will be incurred, but no expenses of any kind will be incurred.  The only loss to the city would be the loss of some city staff time that went into creation and promotion of the TIRZ.

Debt will really only need to be taken on if there is a substantial amount of interest in building in the TIRZ. Incentives for smaller or even some medium sized projects could be paid for on a “pay as you go” basis.  For example, property tax rebates would require no debt because we would be paying the developer back with property taxes generated by their investment in the zone. If, however, a substantial amount of infrastructure were required to be built out, including additional roads, water, sewer, lighting, signage or flood mitigation infrastructure, it’s possible that debt may need to be incurred because that infrastructure will have to be built early on in the development stage. This, however, would only occur after a developer has committed to building in the area in a manner that provides enough of an increase in value to make the infrastructure worth building. In other words, the city has to see a financial benefit well above the cost of the incentives.

That debt, if issued, would be paid back solely using the property tax revenues from the TIRZ above the initial property tax base – in other words the “tax increment” we referenced earlier.

But what about the need for additional police officers and fire equipment to cover these new development? How do we pay for those?

Although the TIRZ does capture the increased property tax revenues from the new investments made in the zone, the TIRZ does not receive any of the sales tax generated by businesses in that area. 1.5% of sales tax paid in Jersey Village does into the general fund, which pays for police, fire and many other city services. the remaining half-cent sales tax is paid into the crime prevention fund managed by the Jersey Village Crime Control and Prevention District. These funds are dedicated solely to providing our police department with additional officers and equipment. We’re confident that these additional sales tax revenues generated by these businesses will cover the costs of these services until the TIRZ ends and all of the additional property tax revenue comes into the general fund.

I keep hearing that the city is spending $123 million on the TIRZ. Is that true?

No. The final financing plan for the TIRZ contains a projected maximum dollar amount of costs to be up to $123 million. We should all hope for that level of expenditure, because it would likely mean that the TIRZ was wildly successful and attracted a development on the scale of what you would find today at CityCentre or in the Upper Kirby district. If the TIRZ fails to attract any new development, it’s possible it spends no money at all.  If we attract some smaller investment, it may only spend a few million. It all depends on the level of interest of developers in taking us up on our economic incentives for the area.

Who serves on the board for the TIRZ?

You can view a list of the current board members here. These are all ordinary citizens who applied for a position on the board and were approved by city council. They are all volunteers who selflessly give their time to help our city improve its economic development. I am proud to serve as the council liaison to the TIRZ board, so I attend all meetings.

Where can I find out more about the TIRZ?

You can read more about it by clicking here to visit the city’s webpage about the zone.  If you still have questions, feel free to contact me. 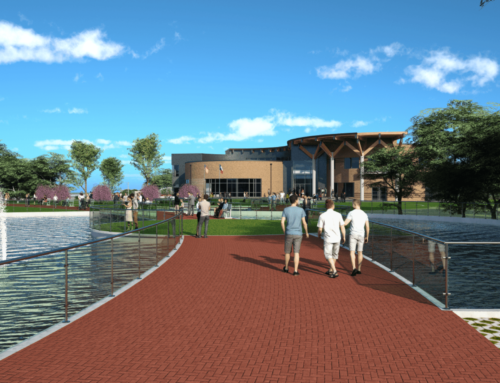 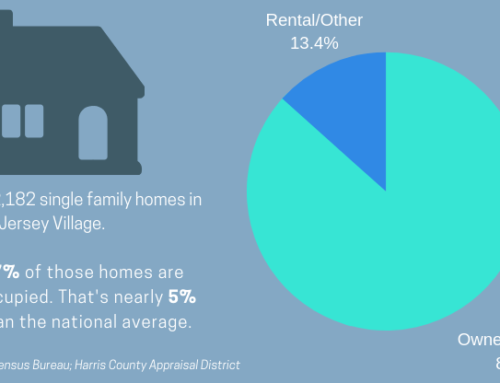